On October 20th, 2017, ATC and GFOSS organized a joined event in Athens in collaboration with the DigiWhist project.

The event consisted of a workshop regarding DigiWhist project and a hackathon regarding YourDataStories project and was addressed to public officials, journalists, developers and civil society representatives. The goal of the event was to present the tools and platforms developed under both projects and also through the:

There were 20 people that participated in the event. At the beginning, a small introduction by representatives of both projects was given and the Director-General for Reform and Policy
Governance of the Greek Ministry of Administration Reconstruction gave a short introduction about the Open Data policies in Greece. 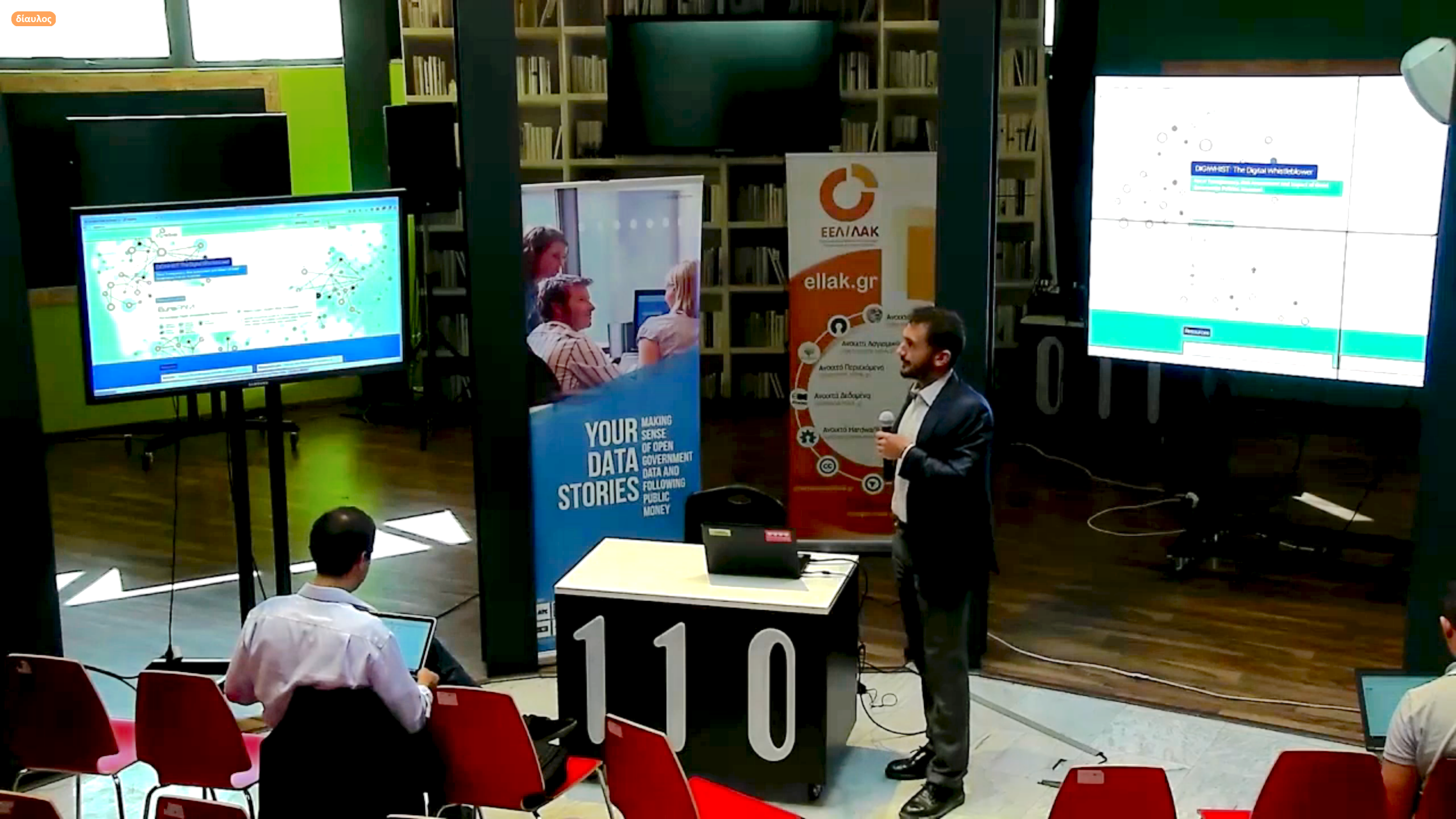 Following these presentations, the hackathon and the workshop took place in parallel. After the completion of the event, the participants were asked to complete an evaluation questionnaire for the DigiWhish workshop. As far as the Hackathon is concerned, there was one idea that was selected to be further developed into a functional application that could be implemented and embedded into the YourDataStories platform. The application will allow for a user to select a greek public project from the platform and deliver all the information related to it in a pdf file. The application is in its final stage of implementation and is ready to be embedded into the YourDataStories platform.