This is an example of the work that can be done with the YourDataStories Platform. This story was researched and written by Maarten Lambrechts, a dutch data journalist. For the full experience of the story, check out the story on the YDS platform.

While it is next to impossible for European companies to win public tenders to deliver goods and services to Chinese public authorities, between 2006 and 2015 Chinese companies signed contracts worth more than 1 billion euros with European governments and public institutions. The UK, Italy and Romania each paid more than 200 million € to Chinese companies, predominantly for construction works.

In a world where calls for more protectionism are getting louder and louder, discussions on imbalances in access to public tenders are becoming heavier. The European Union historically has taken an open position: foreign companies are allowed to bid for contracts to deliver goods and services to governments of EU member states and institutions of the EU itself. But this openness has not been answered with a mutual open attitude from other countries. Many countries are restricting foreign companies to compete in public procurement procedures, China being one of these countries.

An analysis of the European database of public tenders, made possible by a dashboard developed by the YourDataStories platform, points out that between 2006 and 2015, European governments and public institutions signed 171 contracts with Chinese companies, together worth 1,05 billion €.

A breakdown by contracting countries learns that 26 European countries contracted Chinese companies. Of the 28 EU member states, only Luxembourg, Bulgaria, Spain and Austria didn’t contract any Chinese companies. The most eager buyers of Chinese goods and services are Italy (269 million €), the United Kingdom (224 million €) and Romania (220 million €). 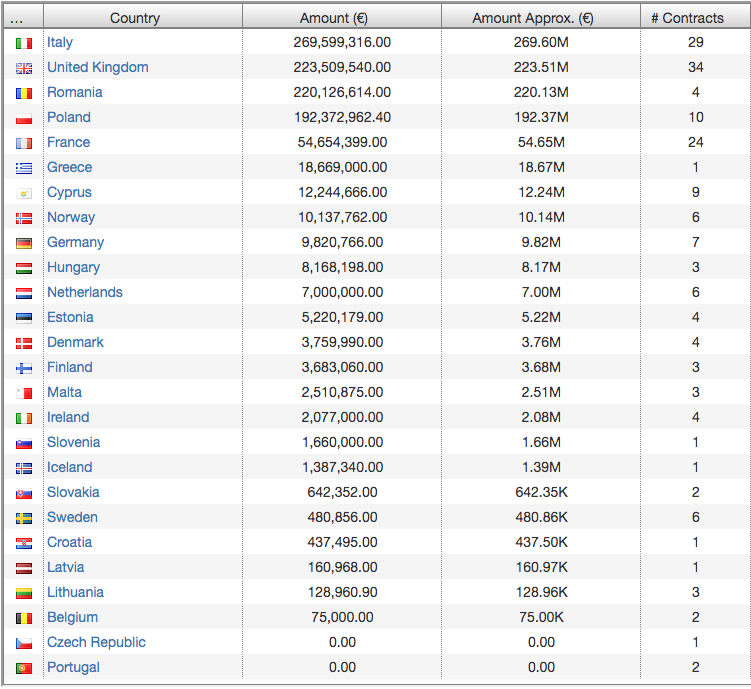 A closer look at the Romanian contracts reveals that 1 deal alone is responsible for almost the whole Romanian budget flowing to Chinese companies. In 2014 state-owned China National Electric Engineering was awarded a 219,5 million € contract for the modernisation of a Romanian coal power plant complex in the Hunedoara county. Romanian coal power plants produce one of the most polluting and CO2 emission intensive electricity in Europe. The modernisation of the complex included the construction of a desulphurisation installation to reduce the emission of SO2 and was partially funded by the European Investment Bank.

With contracts worth 415 million €, construction work is by far the most important sector Chinese companies are active in for European governments. Furniture is a distant second (93 million €), electric machinery comes in third place, with 74 million €. 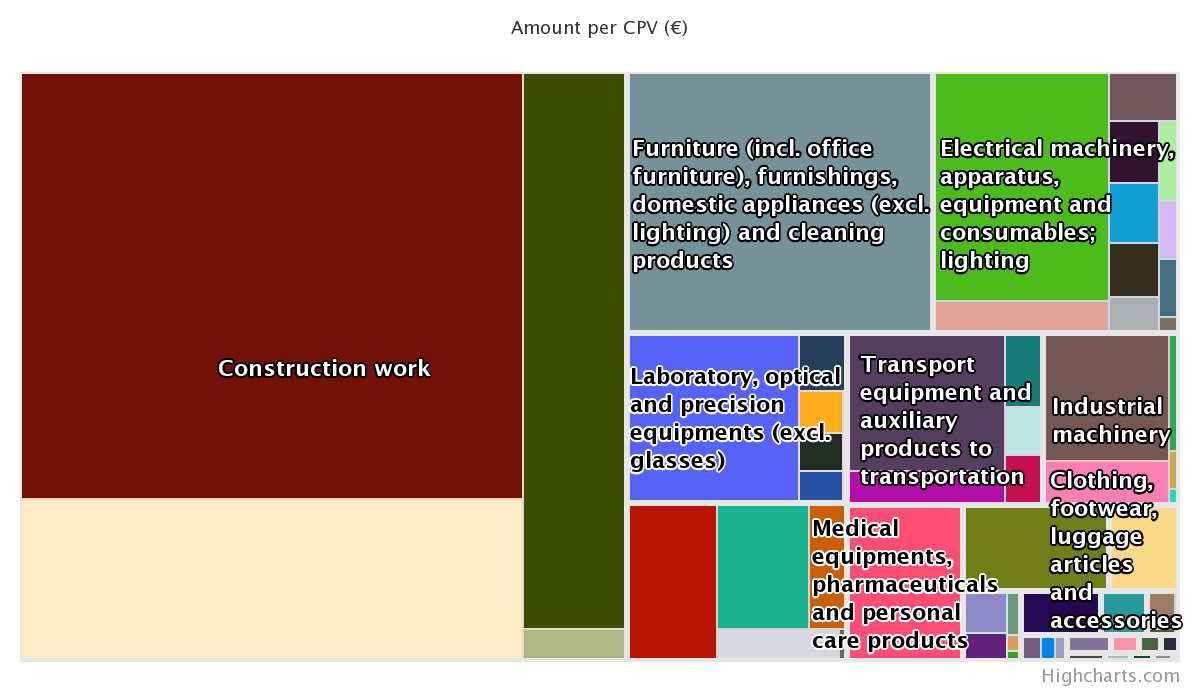 Goods and services provided by Chinese companies to European governments

Enel and the National Health Service

The biggest buyer of Chinese goods is the Italian multinational manufacturer and distributor of electricity and gas Enel. The Romanian coal power plant complex of Hunedoara is number two on the list, number three is the National Health Service of the UK. The NHS is responsible for 164 million € worth of contracts, almost three-quarters of the 224 million € British governments paid to Chinese companies.

This is reflected in the Chinese goods and services provided to UK governments: these are dominated by office supplies, laboratory equipment, and medical equipment. 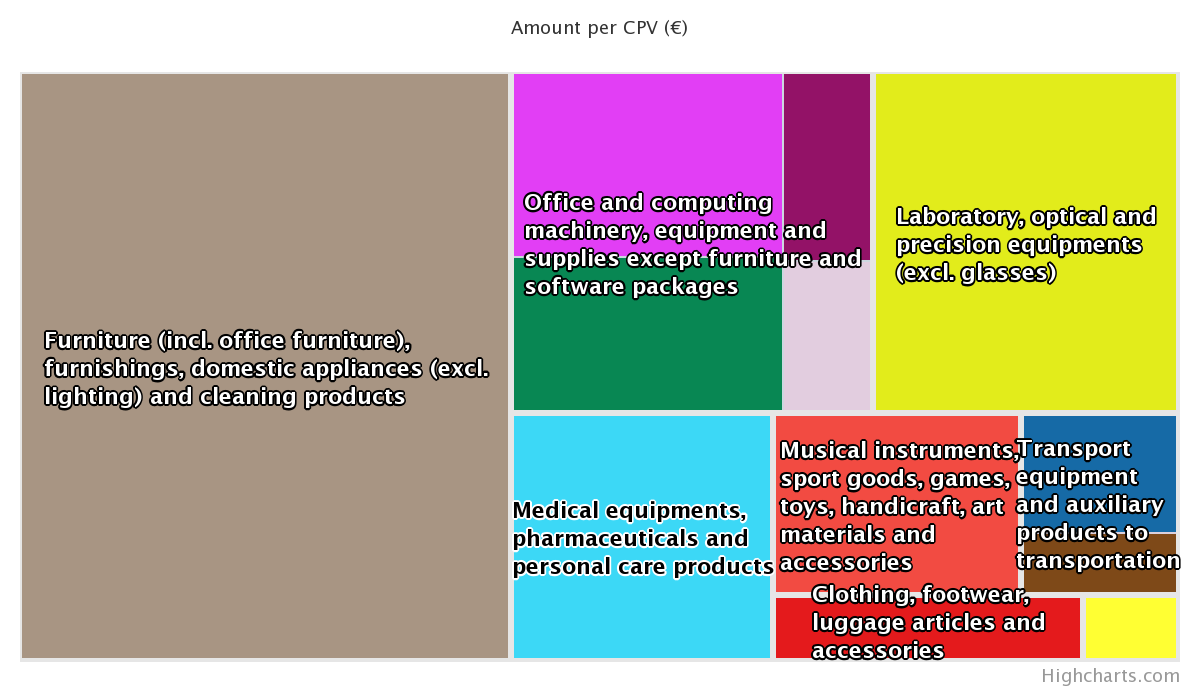 Companies from other countries, like the US (10,5 billion €), Nigeria (1,8 billion €) and Japan (1,1 billion €) are being rewarded more contracts from European governments. But unlike China, these countries allow European companies to compete in their domestic public tender processes.

So the 1 billion € awarded by European governments to Chinese companies revealed in this analysis, might provide proponents of a more balanced access to each other’s public procurement between the EU and China with another argument.