Focus Group for the public sector

On January 21st, 2016 a workshop was held at the Ministry of Interior and Administrative Reconstruction, Athens with the participation of government bodies, NGOs and associations of the private sector active in the construction industry.

The participants represented the following organizations:

Discussin the state of progress

During the workshop the progress of work made for the first YDS-pilot “Follow public money all the way in Greece” was presented, followed by a discussion aiming at solving problems that have occurred so far, and discovering open data sets, KPI indicators, and finally for any other helpful suggestions to be taken into account. The aim of the first pilot is to promote fiscal transparency and participation, redefining the possibility of using large volumes of publicly available data from citizens and businesses. The effort is based on the Transparency project’s (DIAVGEIA) open data sets, and other data sources (anaptyxi.gov.gr, data.gov.gr, etc.). 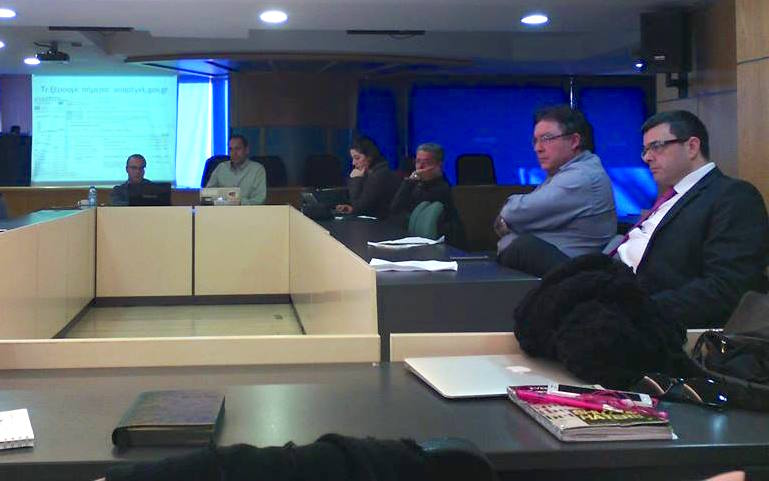