A closer look at the YDS pilot 2

For decades, the Dutch Ministry of Foreign Affairs had been supporting those in need through development projects across the world. The Netherlands gave away billions to help governments overcome crises, boost industries, improve education, address human rights, and much, much more. This, not so big country, to some, was a giant. A big, friendly giant.

Then, in 2015, all of a sudden, the Ministry decided to cut their Official Development Assistance (ODA) by as much as 50%. Their reasons, they thought, were logical. The government chose to switch the focus to those projects that actually provide a return on investment for the Dutch economy and work with particularly innovative methods. The decision, however, did not go unnoticed by the Dutch and local development NGOs. 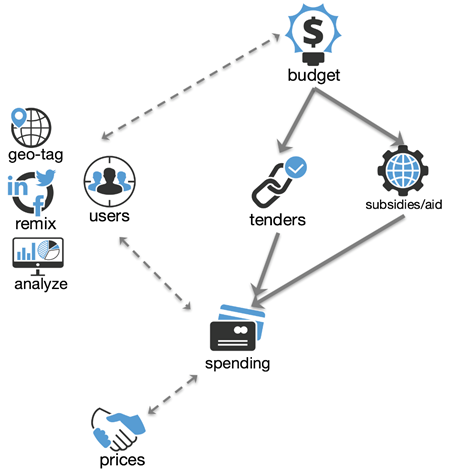 Having realised that crucial humanitarian projects would come to a premature end, thus invalidating experiences and efforts built up over long periods of time, they decided to protest, thereby raising the attention of a team of Dutch journalists.

How much money has the Netherlands spent on development projects over the last decade? Who received the money? What was the money spent on? What was the effect on the Dutch economy? The journalists wanted to know the answers to these, and many other questions. Nevertheless, tracking every single flow channel and understanding the overall impact on a country’s economy has always been anything but trivial.

From data to stories

So, how does one tell a story based on numbers alone? YourDataStories is a unique effort that strives to deliver the necessary tools to ease the task of interpreting those numbers, connecting the dots and finding the right paths, but also hidden links, in economic data. Yes, because money flows are essentially networks. Complex networks, overlaid with meaning. And, by seeing them as such, we are no longer looking at mere numbers. We are turning data into information, and information into knowledge. Linked, shared knowledge. Shared, because the semantics behind the dots and the links between them in this network, or graph, as we often like to call it, are provided by a common model for all economic domains, relying on standard vocabularies. We refer to it as the YDS Linked Data Model. 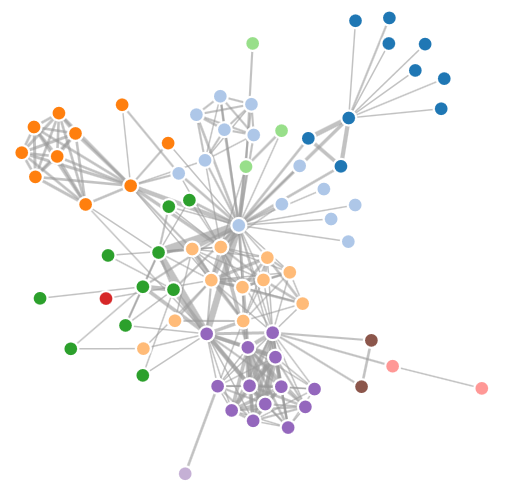 To prove the benefit of such an approach, we, of course, needed an economic domain and data to start with. Official Development Assistance was an obvious choice, but, perhaps, a bit unidirectional, in terms of money flows. It didn’t take us long to realize that nothing shows bidirectional flows between two countries better than International Trade Relations.

We dug deep into the data published by reliable sources – the International Aid Transparency Initiative and MIT’s Observatory of Economic Complexity (derived from the United Nations Comtrade Database). Not only did the exercise help us cover the domain of economy better, enriching our model with new concepts and features, but the newly created graphs allowed us to explore the originally disparate data in new and exciting ways. All 15 million (!) facts of them.

The story of flowers

Having learned from our Pilot 2 discussions that EJC was on its way to establish a news agency in Zimbabwe, we agreed to focus our early data analysis efforts on this South-African country, and try to extract as much information as possible from its economic relations with the Netherlands.

Now, even though it might not be that obvious, one might say that both the Netherlands and Zimbabwe are countries of flowers. Tulips have always been one of the most easily recognisable Dutch brands. A Nicotiana (tobacco) flower, on the other hand, many find much less appealing, yet its leaves remain one of Zimbabwe’s major export commodities. 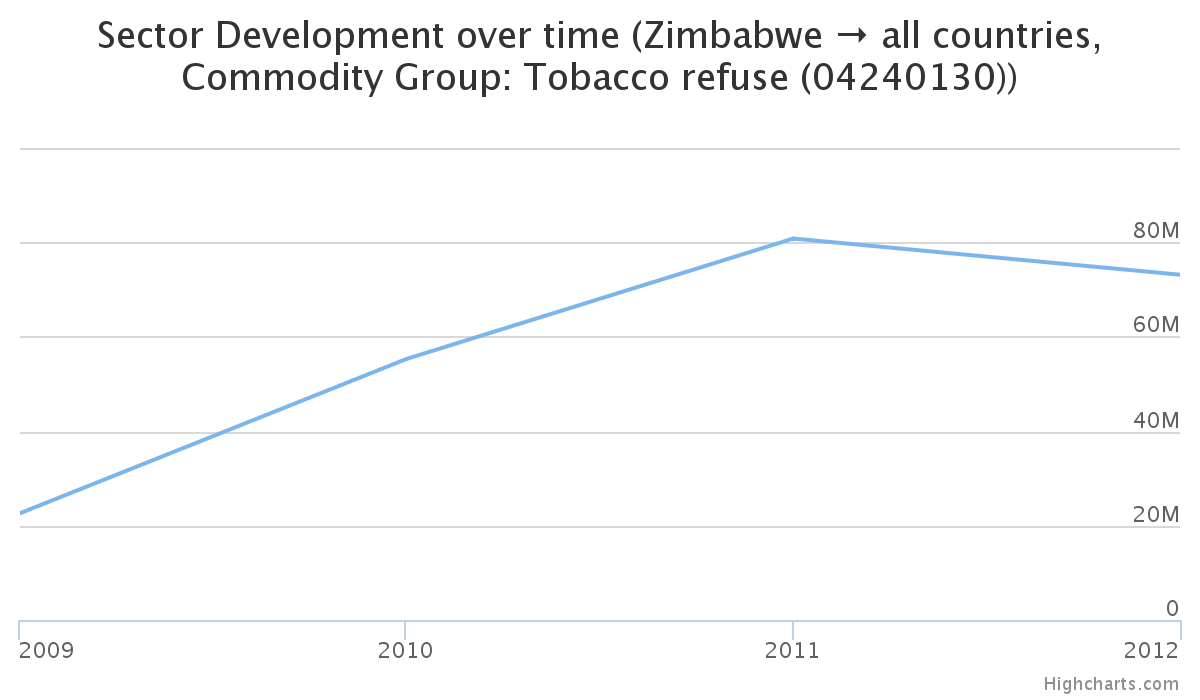 A brief look at our data confirms this. By observing the tobacco refuse export activities since 2009, we can easily spot a positive trend with respect to the traded amounts. Following the link to the broader commodity group, we can see the trend also applies to tobacco related commodities in general. More importantly, now that our data is linked, they are given context. We can see how every bit of data is related to other data, and draw comparisons.

So, how did the tobacco trade in 2009 fare to other commodity exports from Zimbabwe to the Netherlands? We take a step back only to see the most unlikely export product sitting at the top of the trade activities between the two countries: flowers. From Zimbabwe to the Netherlands. Is it an error in the data? Was it a one-time major deal, or is there a positive trend behind it, just like with tobacco?

We dive in deeper. The temporal dimension, once again, gives us more context. In 2010, shockingly, the numbers plummet. Then they continue going down in 2011, and 2012. What happened? A drought looks unlikely, knowing that tobacco exports were unaffected. Was there a shortage of fertilisers?

We search for fertilisers related data, and encounter something unexpected – an Official Development Assistance activity. A € 1.5 million aid funded activity categorized as Emergency food aid, financially on par with the 2009 commercial imports. Moreover, the beneficiary and implementing party is the FAO (Food and Agriculture Organization of the UN), indicating that, perhaps, there is more to it.

According to the Red Cross, in 2010, more than two million people in Zimbabwe, or close to one-fifth of the southern African country’s population, were in dire need of food aid due to a failed harvest. The links to other activities and sectors of aid, tell the story better and also show how the funds were distributed in times of an economic, but also a political crisis, going from food aid to civilian peace-building, conflict prevention and resolution and, most of all, to human rights.

Distribution of aid per sector

No real shocker here. The people of Zimbabwe cried for help, and the big friendly giant was there, once again, to direct its funds where they were needed the most.

What we did find out, though, is that numbers can tell stories. Intriguing and captivating stories; colourful and vivid stories; stories with a twist. And we give you the tools to make them yours.

About the author : Uros Milosevic (TenForce)