YourDataStories is all about enabling citizens, journalists, and other professionals to create their own data stories. In order to get a better understanding of what we are dealing with, we are giving you a closer look at one of our Pilots. Niall Ó Brolcháin from the Insight Centre for Data Analytics at NUI Galway takes us on personal trip through their research data in Pilot 3 by sketching how they started converting their findings into actual data stories.


It all began with a journey from Galway to Athens…

… which is one of the longest journeys from West to East within the European Union crossing half of the countries in the EU. This journey to Athens for the kick off meeting of the YDS project allowed Niall to see a snow covered Greek capital which is quite a unique experience but then again the YDS project is quite unique too. The work NUIG is doing for YDS pilot 3 focuses on comparing transport data right across Europe with a particular emphasis on Ireland and Greece while covering all those countries in between.
By the time for the first review in April this year, Niall’s team had in place significant amounts of transport data from 2012 to 2015. Their task now was to demonstrate the potential of turning that data into stories. Here are the three that they came up with: 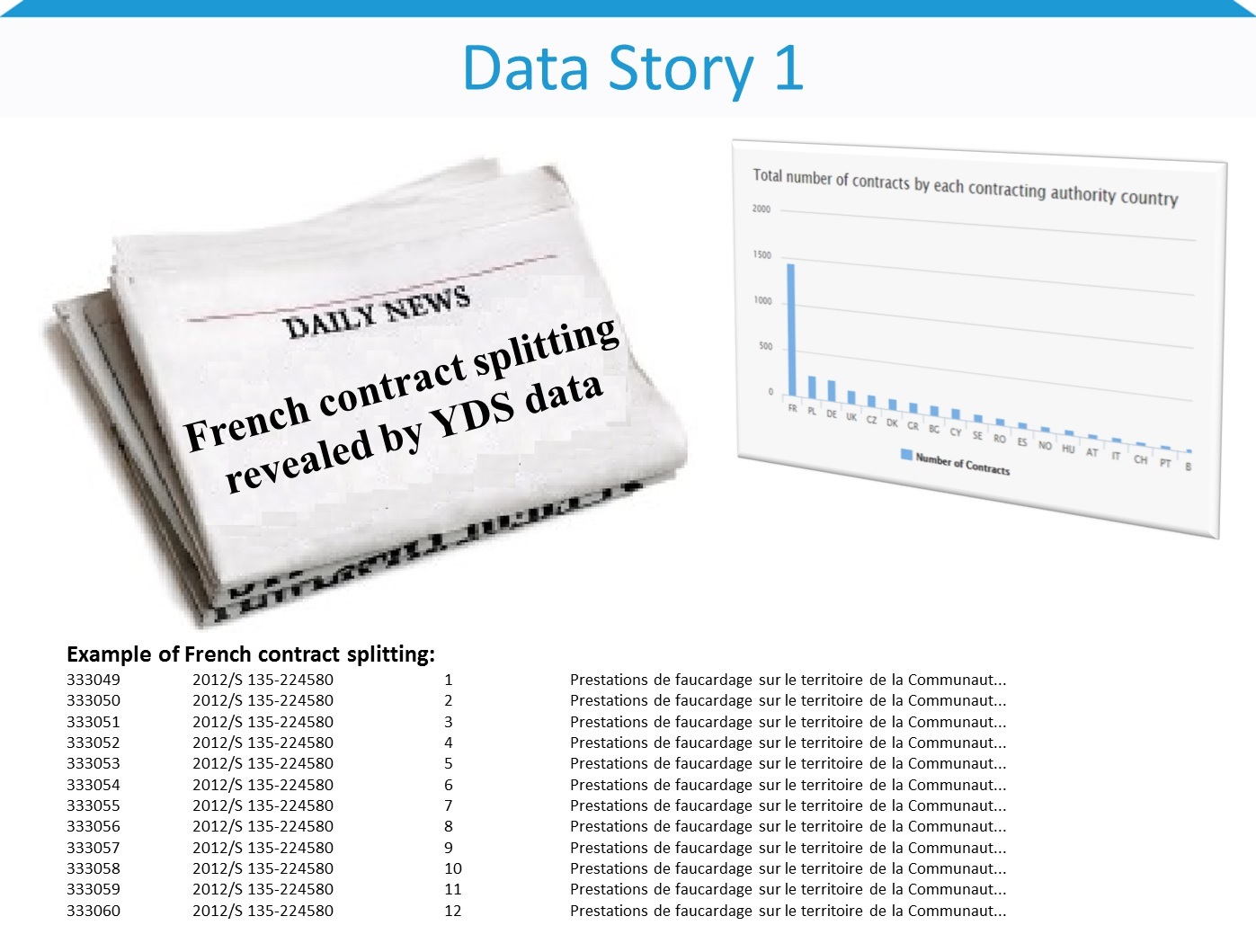 The first story had us examining the number of tenders listed in the EU tenders database. It immediately became clear that the number of French roads contracts far exceeded the number of similar contracts from all other EU countries. For example in 2012, there were 1,626 roads contracts listed for France while only 253 were listed for Germany, a country of similar proportions. On further examination of the data it became clear that in France contracts are commonly split into multiple tenders. This does not tend to happen so often in other EU countries. This practise gives the impression that a lot more contract work is going on in France than elsewhere. However, on further examination of the data it became clear that this is a wrong impression. The overall number of roads projects in France is very much in line with expectations if you factor out contract splitting. Why the French do things this way is not clear from the data but it is clear that in this regard they do operate in a different way to other EU countries.

For data story number 2 we examined the number of roads projects given to external contractors. Right across the EU we found that most contracts for roads projects are given to companies from the same country. While this is not surprising it is perhaps not what might be expected from a European single market that seeks to guarantee the free movement of goods, capital, services, and people – the “four freedoms” – between the EU’s member states. This is something that interested data journalists could investigate and perhaps find out the reasons for. 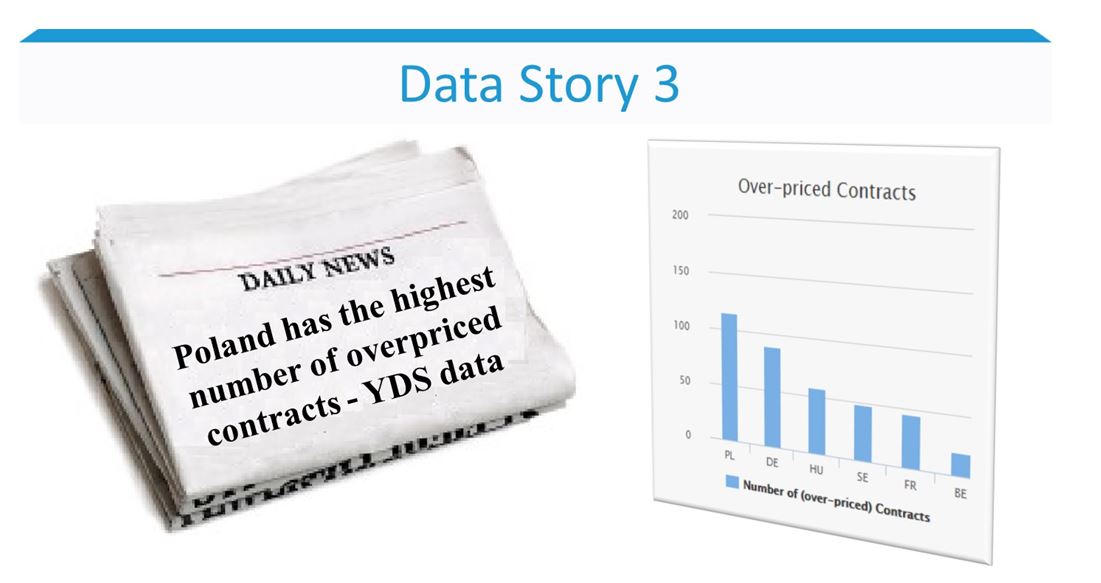 Our third story is based on the estimated price versus the awarded price. The EU tendering system is supposed to ensure low costs. While this is not a perfect system, some countries seem to be better at estimating costs than others. It showed that Poland had the largest number of contracts with a greater award price than the original estimate. However, the data is incomplete and we could only make comparisons where both prices were available.

It is clear that the concepts of Your Data Stories have great potential. They raise many interesting issues that could be worked on by journalists, public officials, consultants and others. The project has already demonstrated that the open data collected has many different stories to tell and as more data sets and functionality are added, a very powerful and innovative tool will be built. The important thing is to engage with stakeholders at every step of the way to ensure that YDS reaches its full potential. If you are interested to follow along, just contact us. We’d be happy to include you in the evaluation of YourDataStories.

This article is a guest contribution by Niall Ó Brolcháin. He is a Your Data Stories researcher with the eGov unit at the Insight Centre for Data Analytics at NUI Galway, a one-time newspaper columnist and twice elected politician. Niall Ó Brolcháin takes a look at pilot 3 of the project focusing on transport data across the European Union. He examines three example data stories that emerged from NUI Galway’s work with OpenTED, the open data version of Tenders Electronic Daily (TED). This is the online version of the ‘Supplement to the Official Journal of the European Union’, dedicated to European public procurement.

About the author : Niall Ó Brolcháin